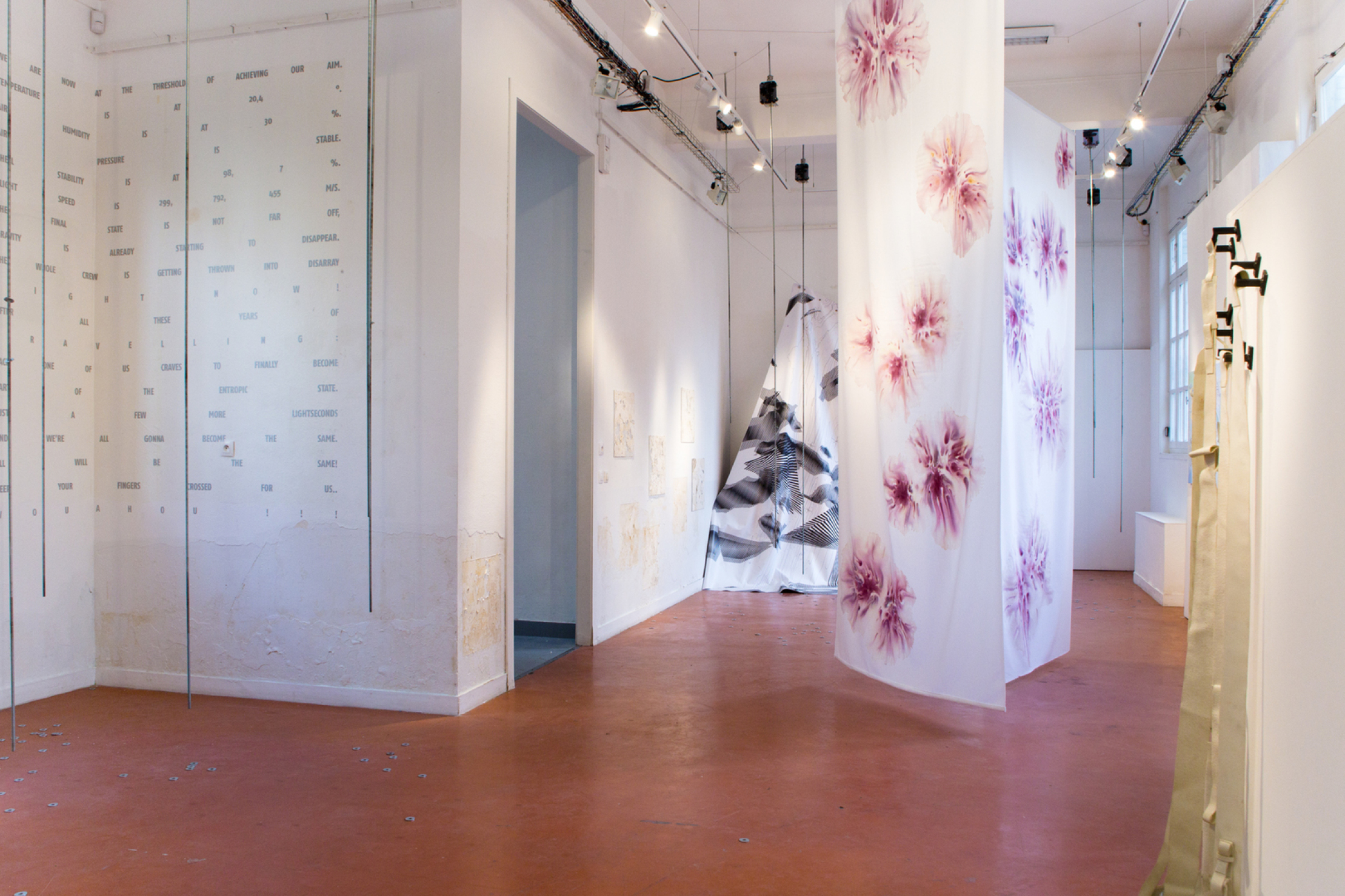 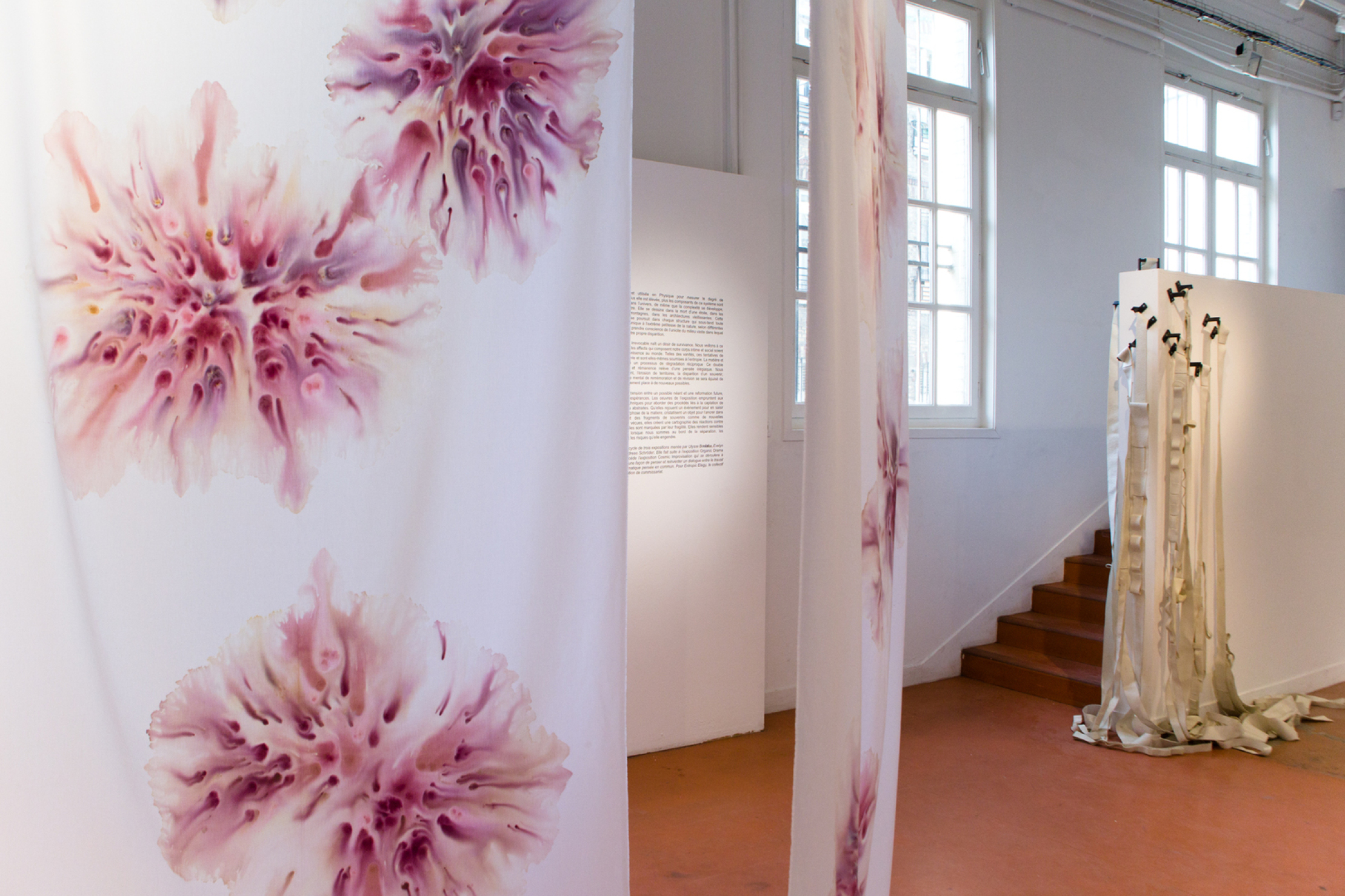 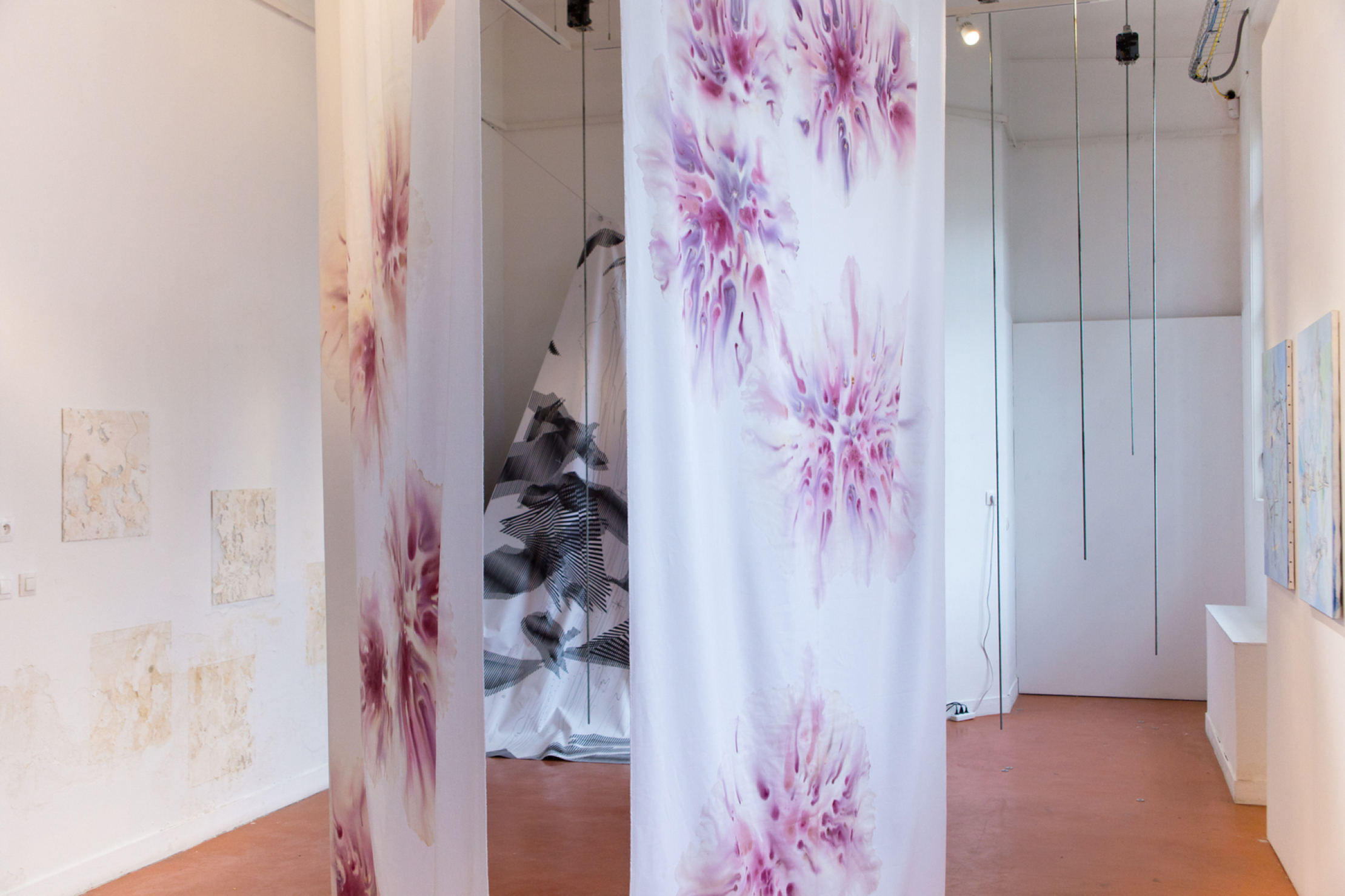 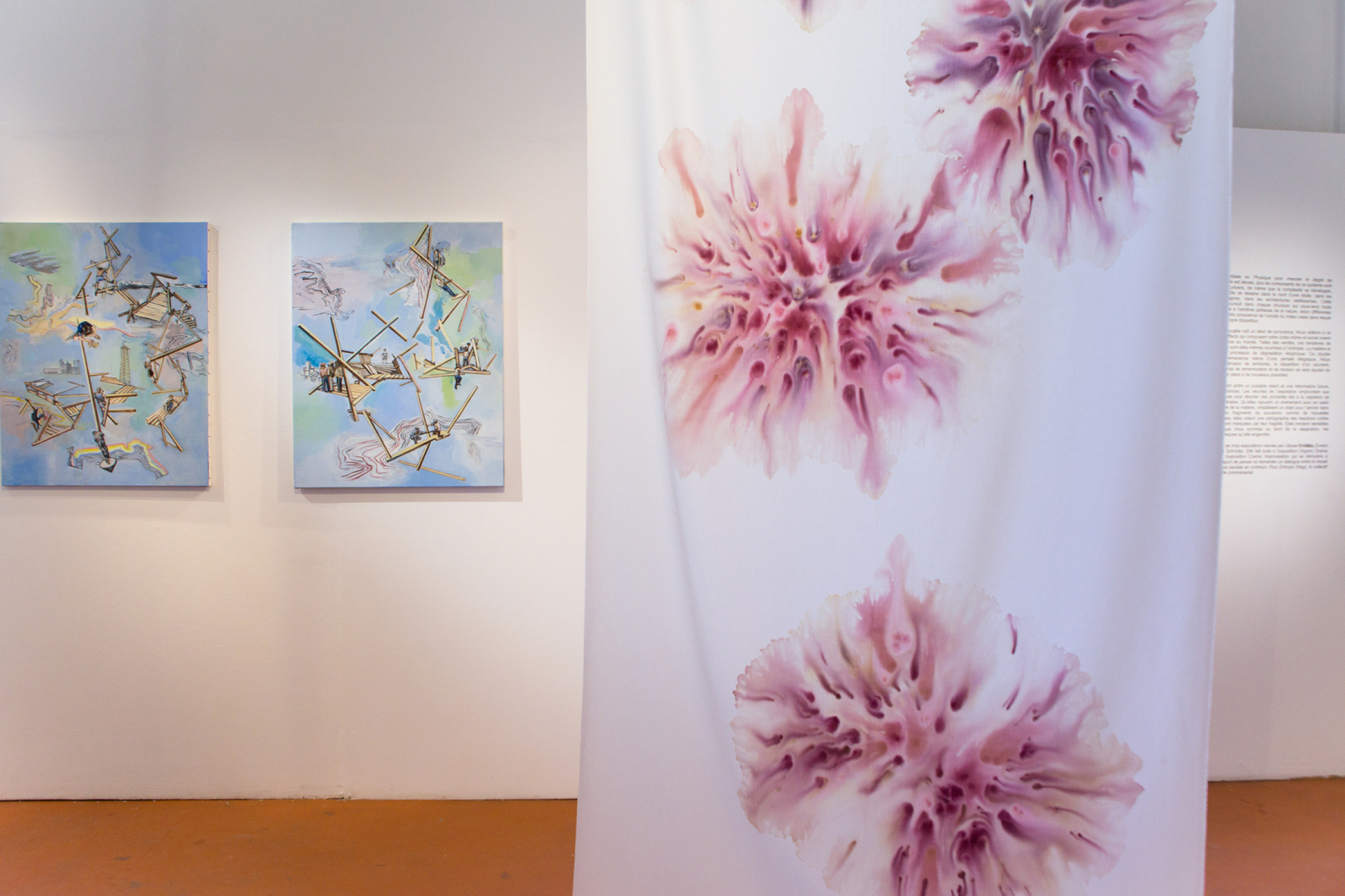 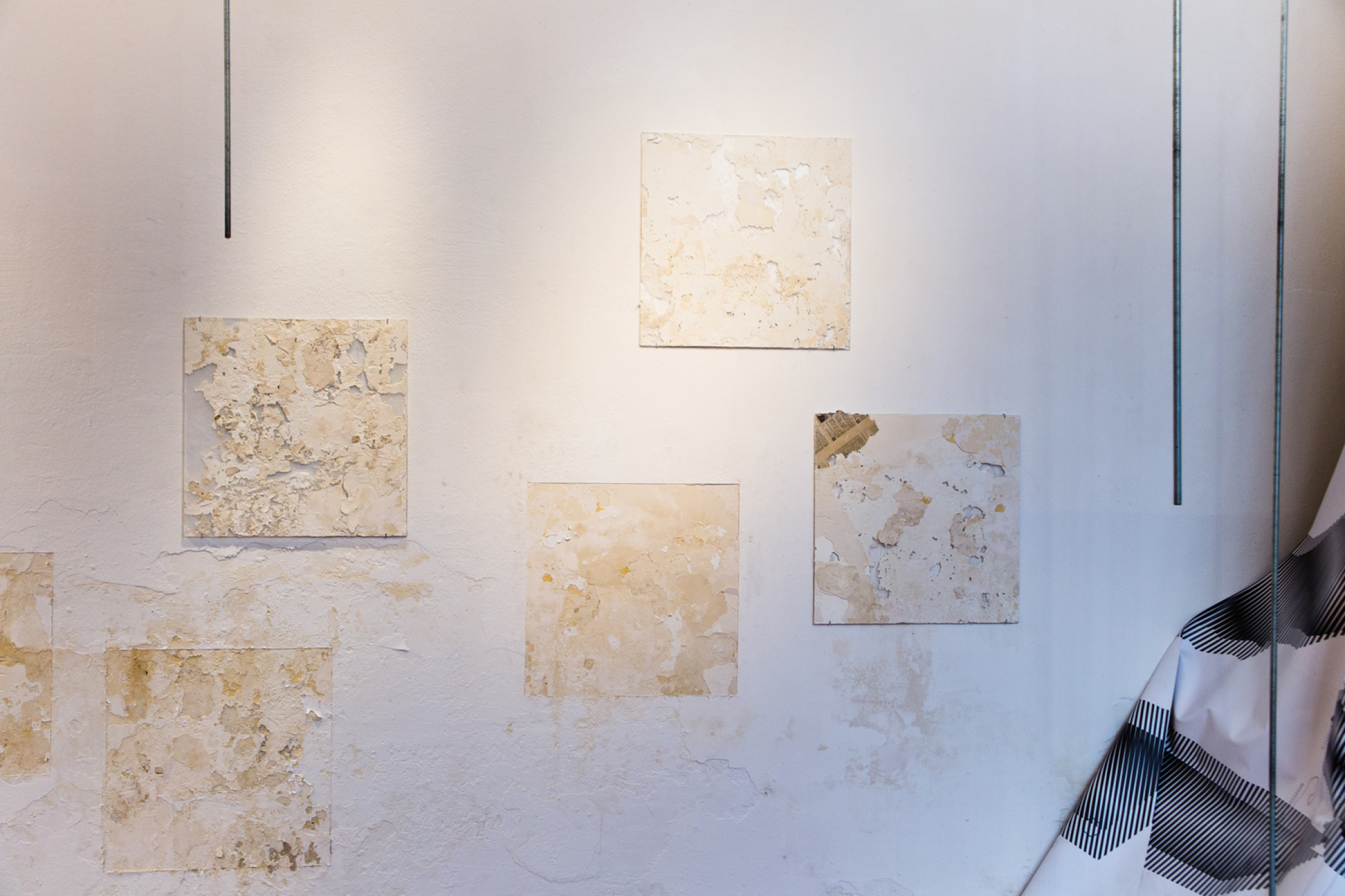 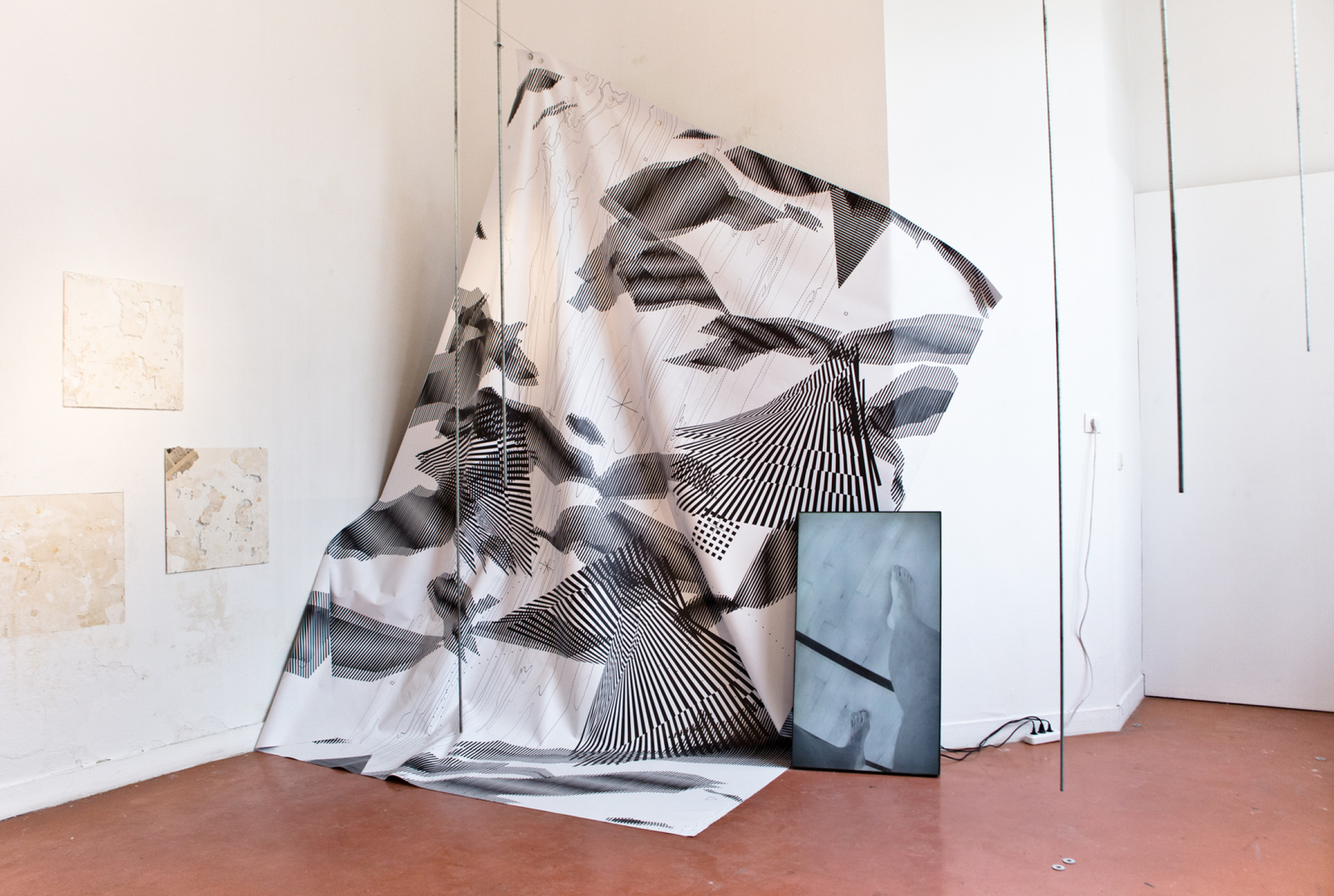 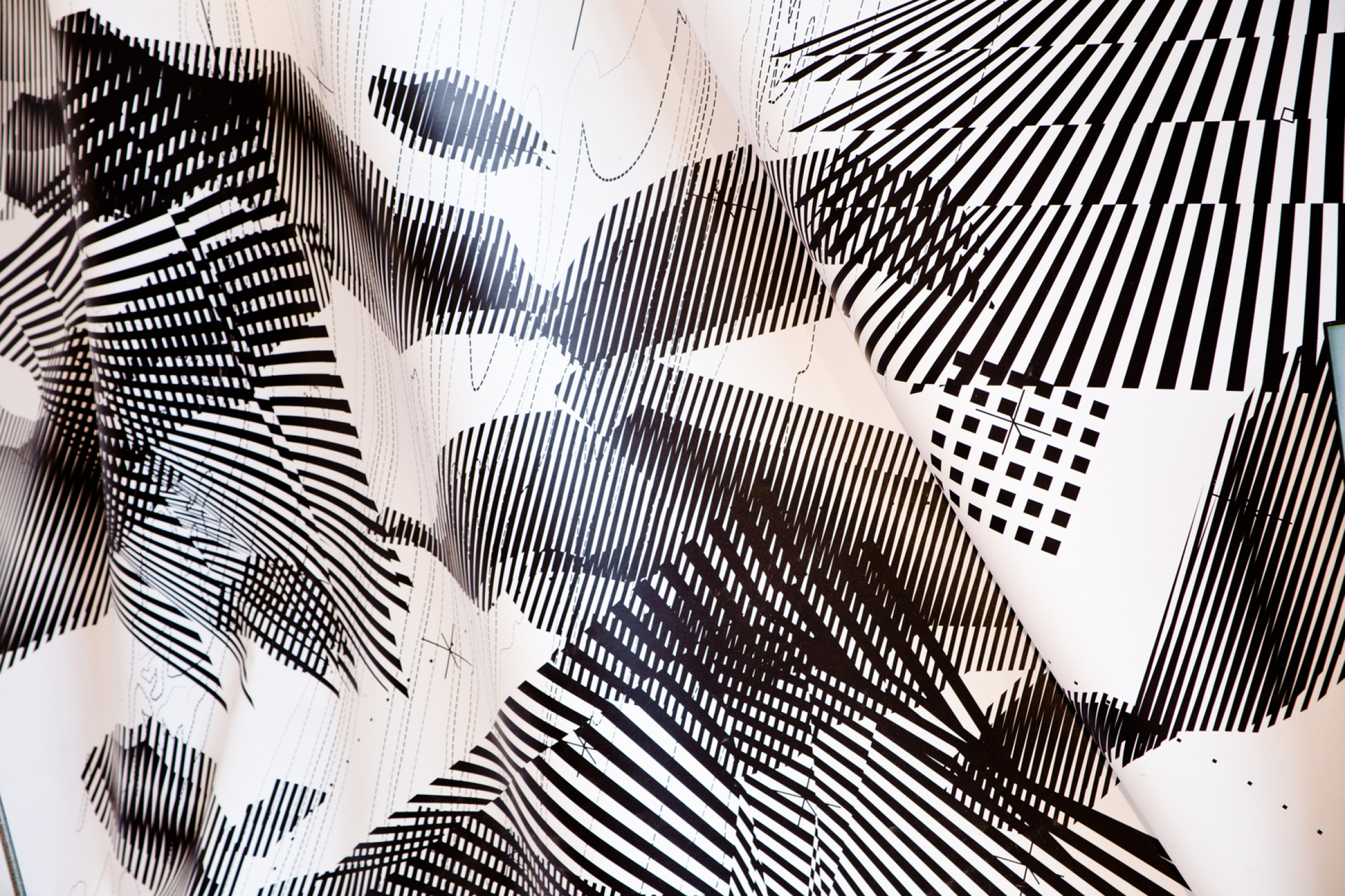 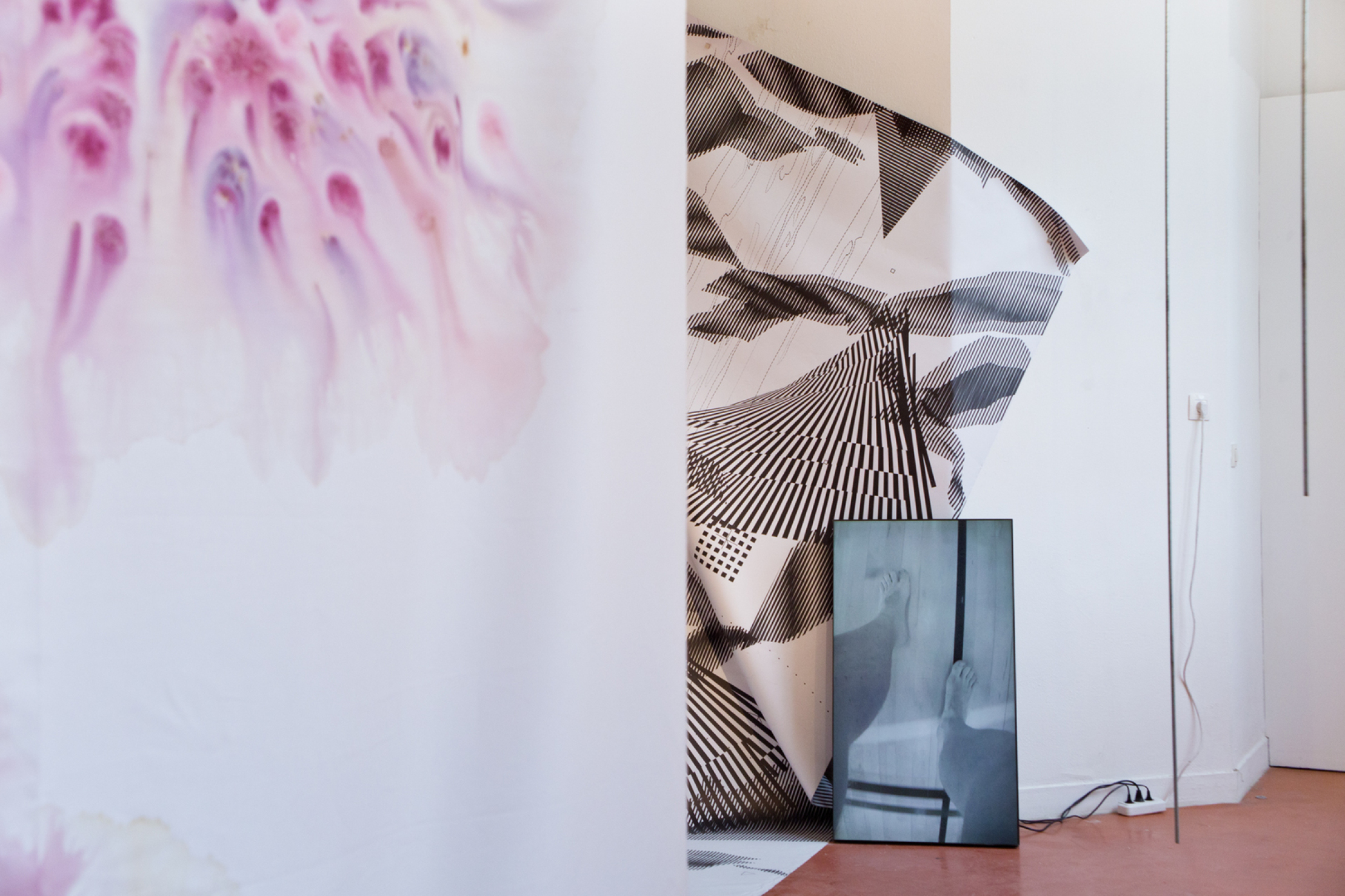 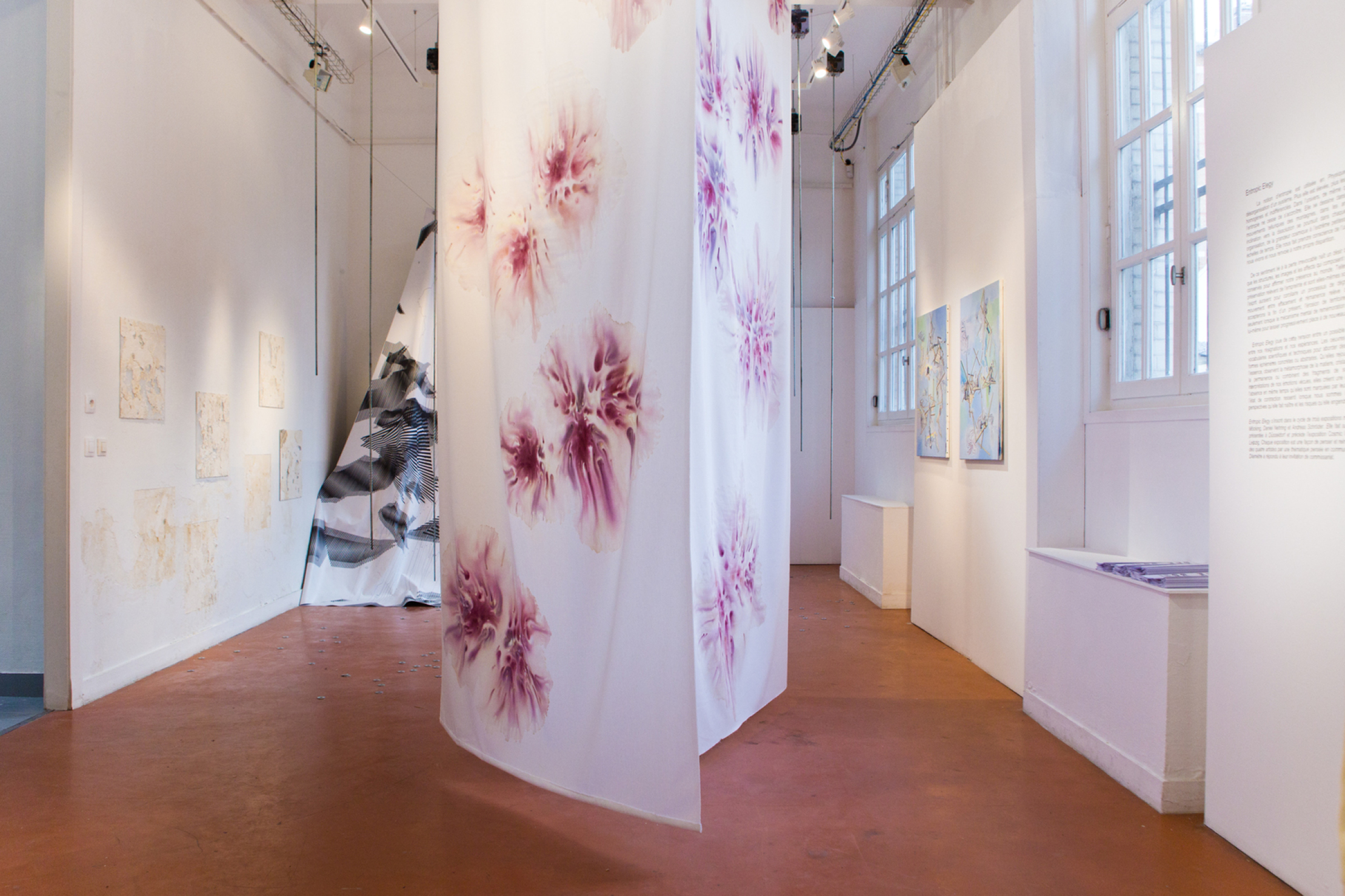 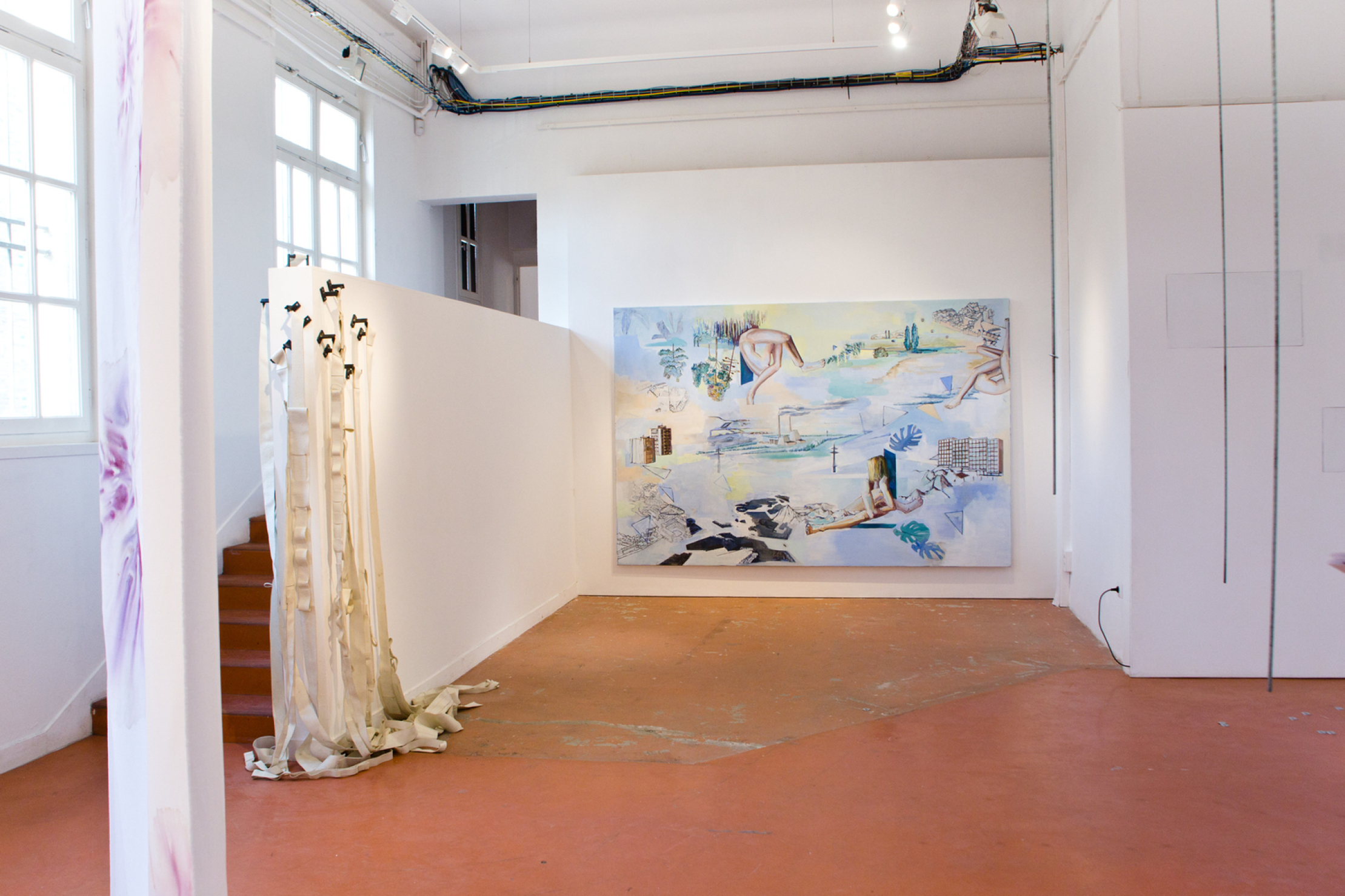 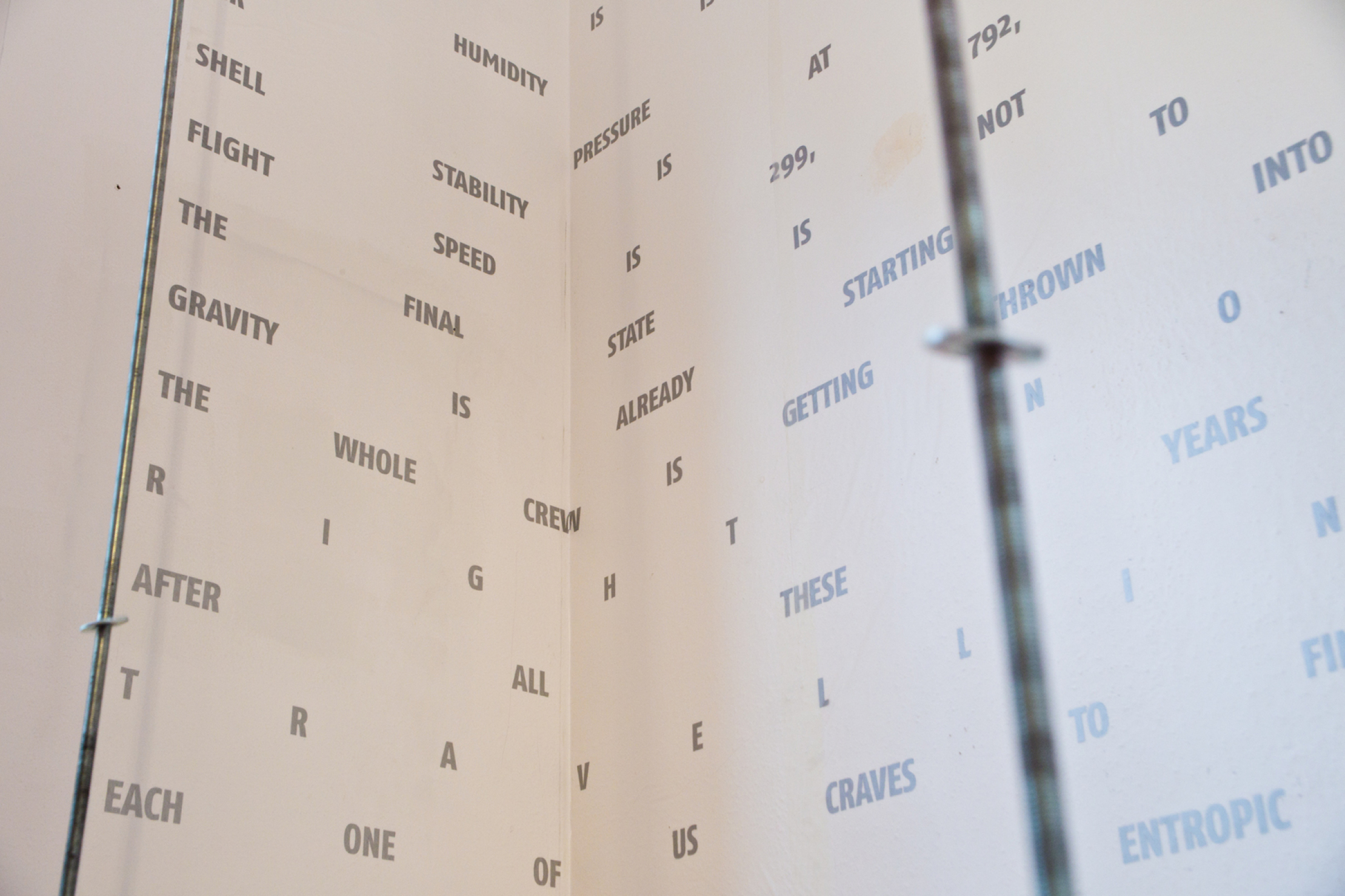 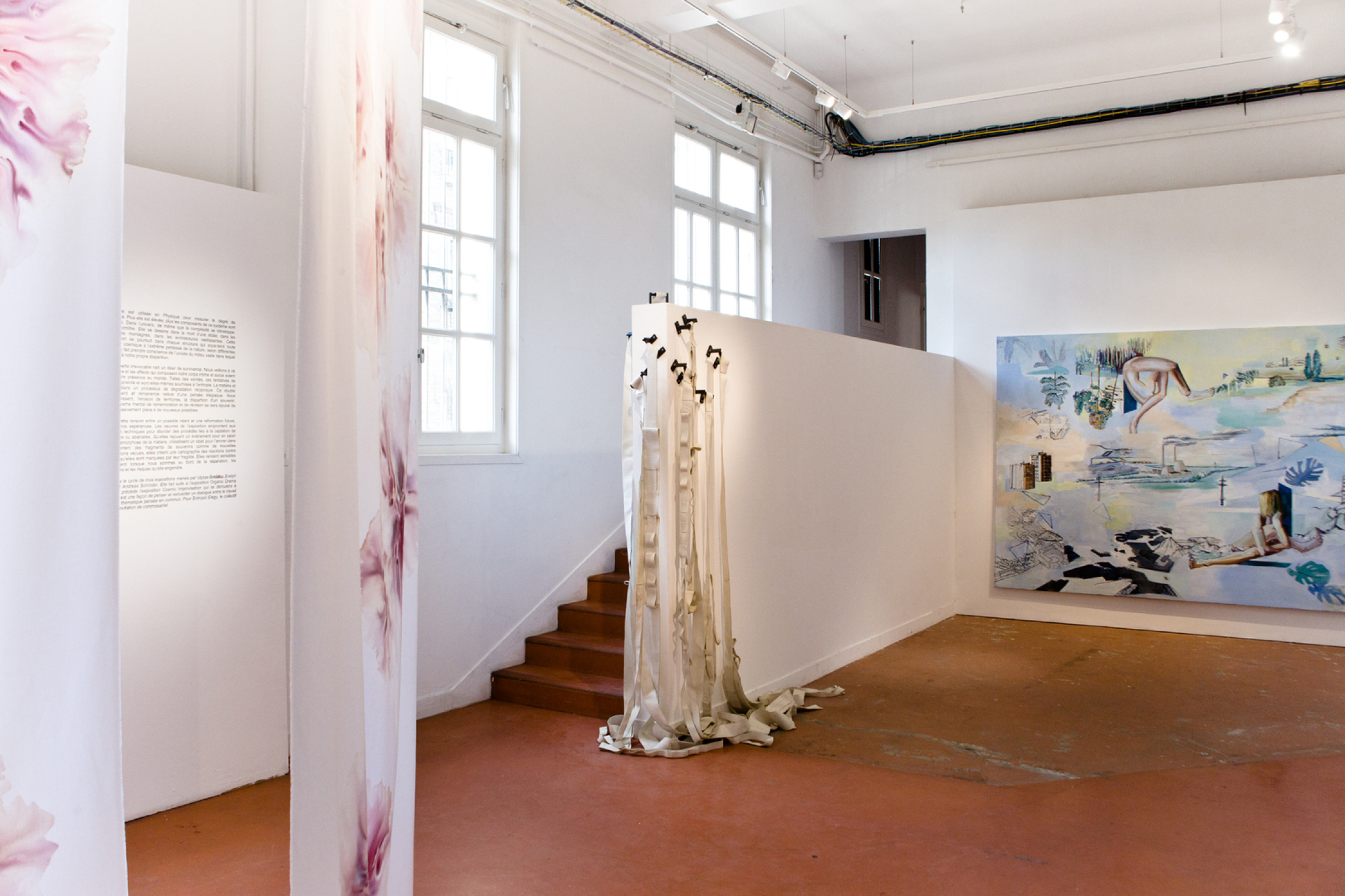 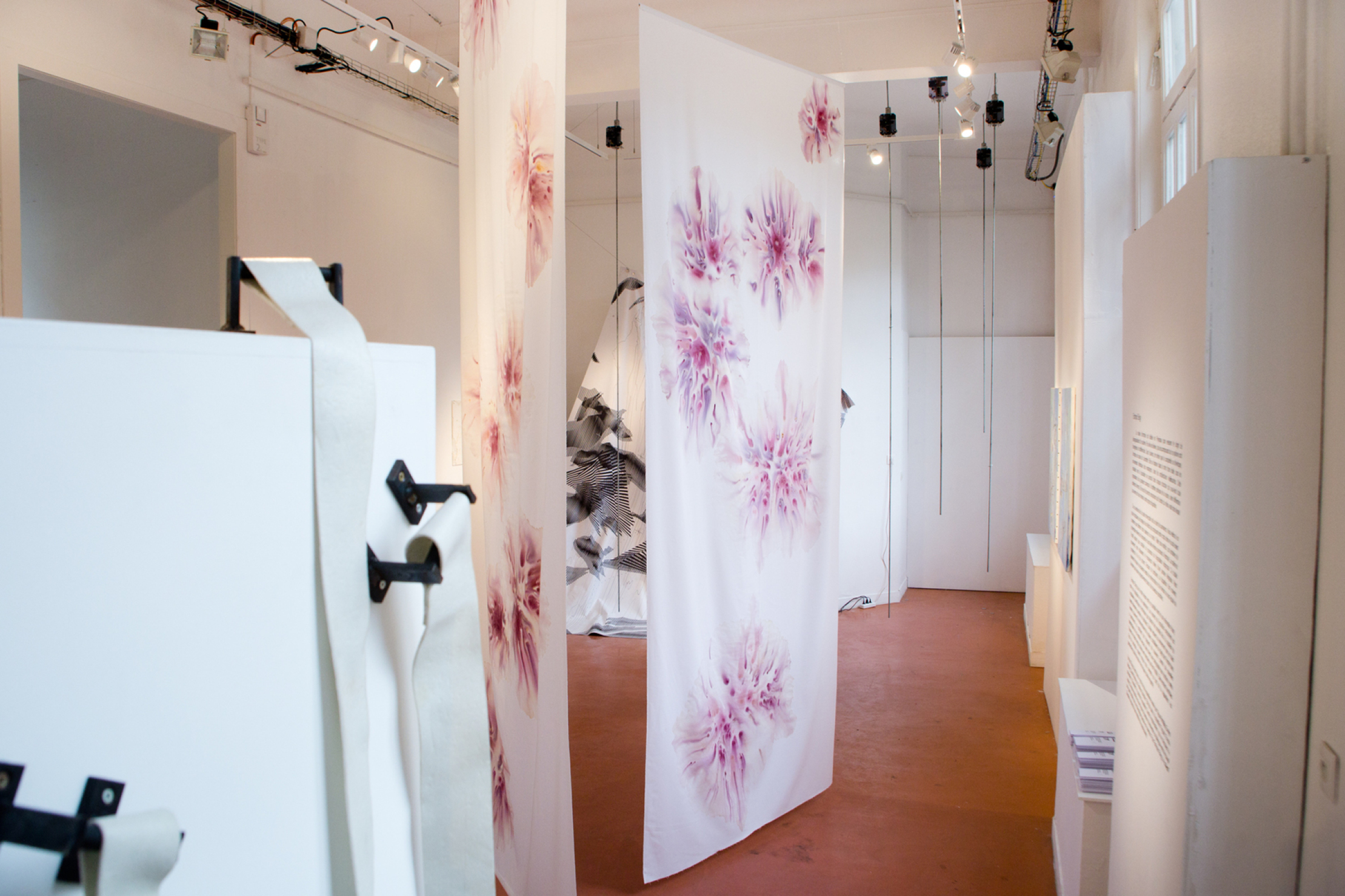 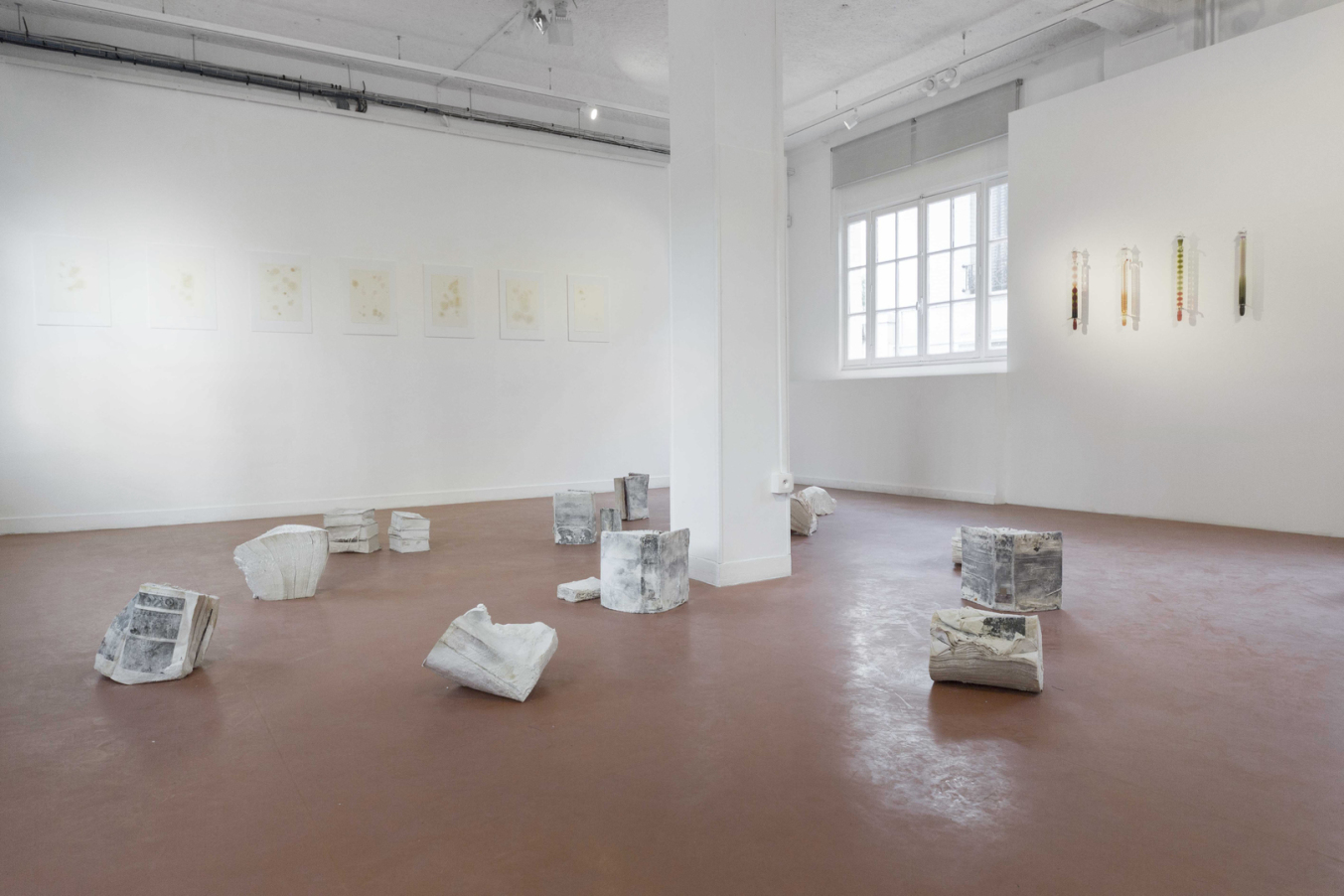 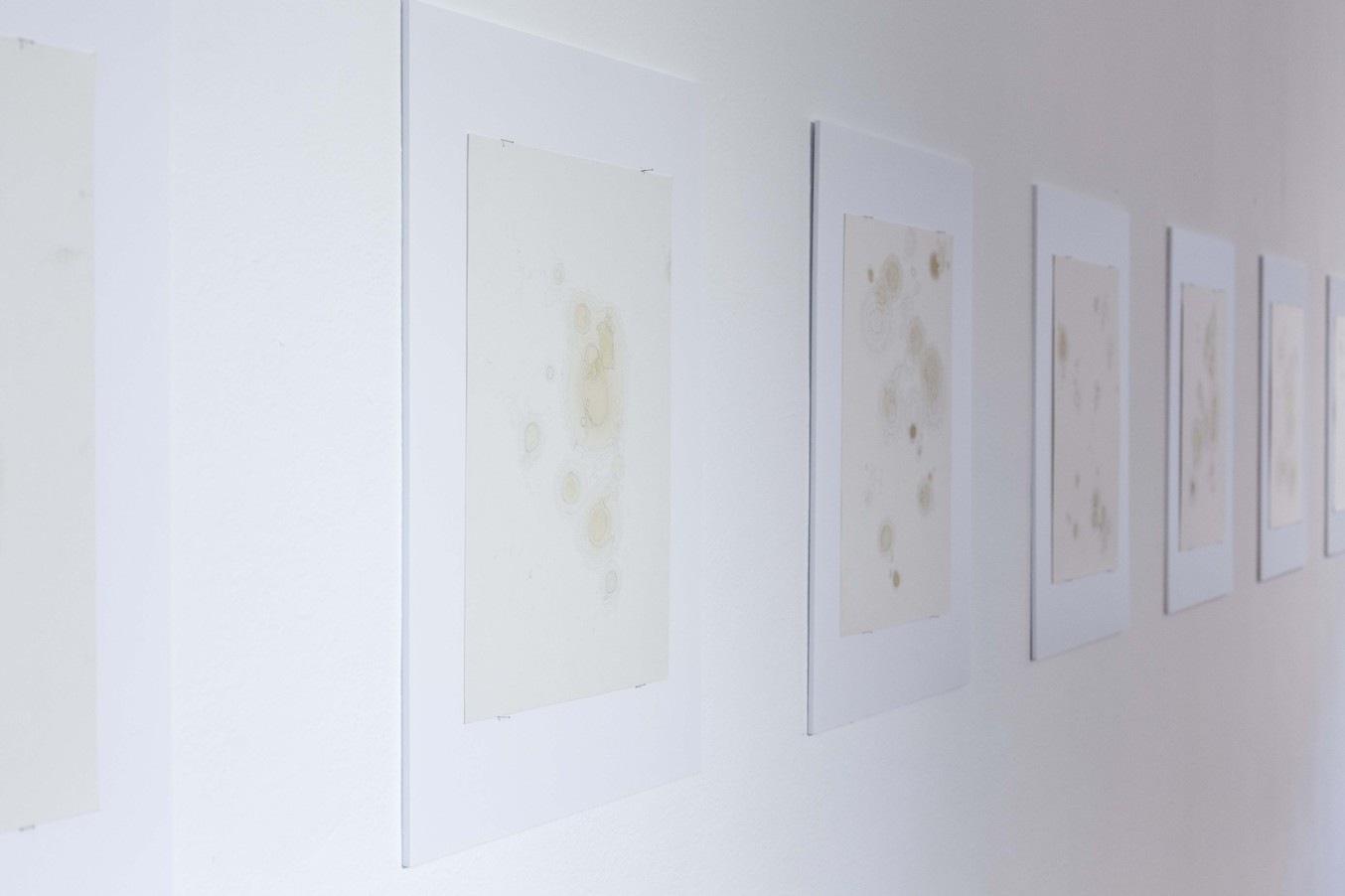 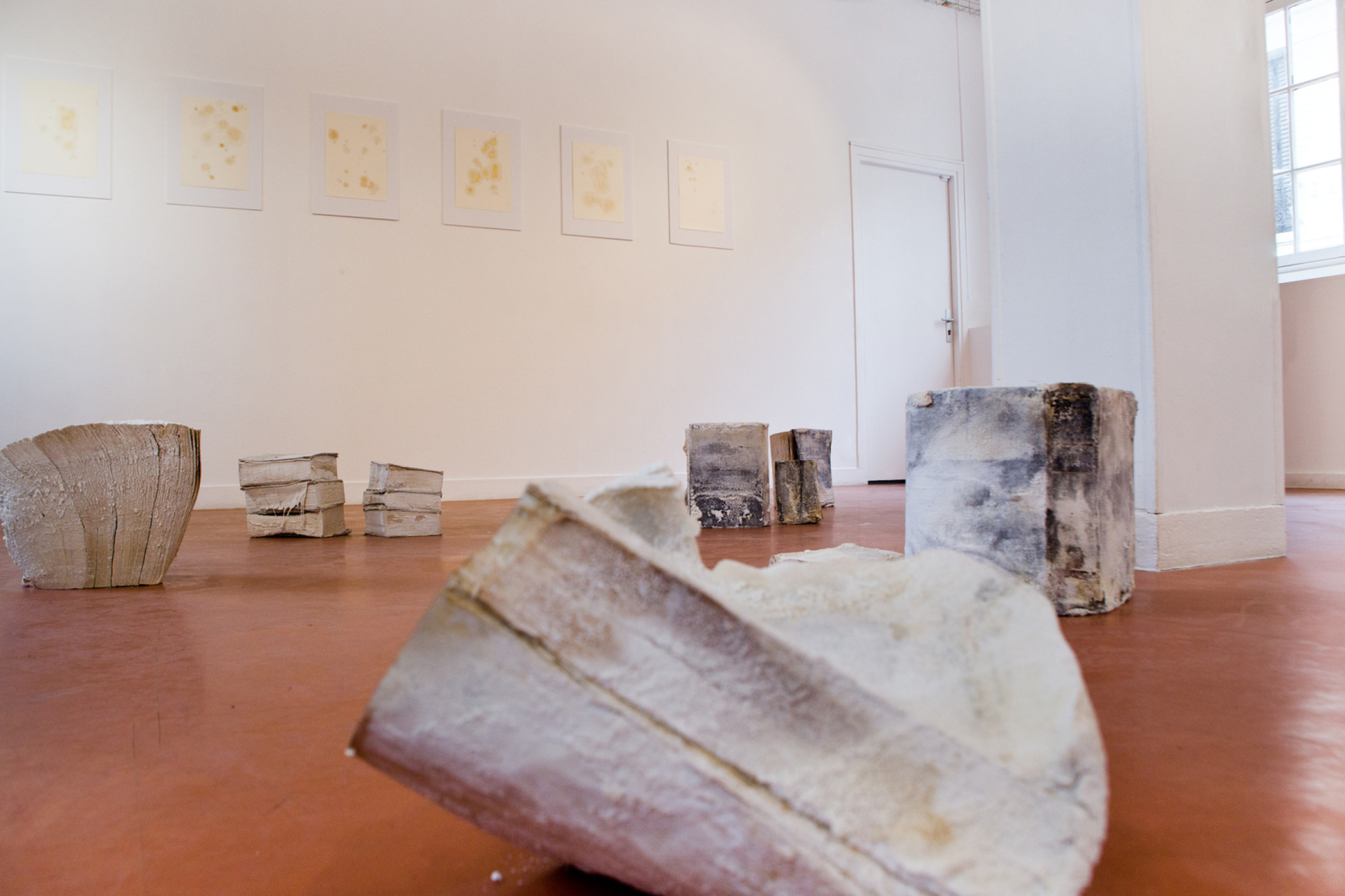 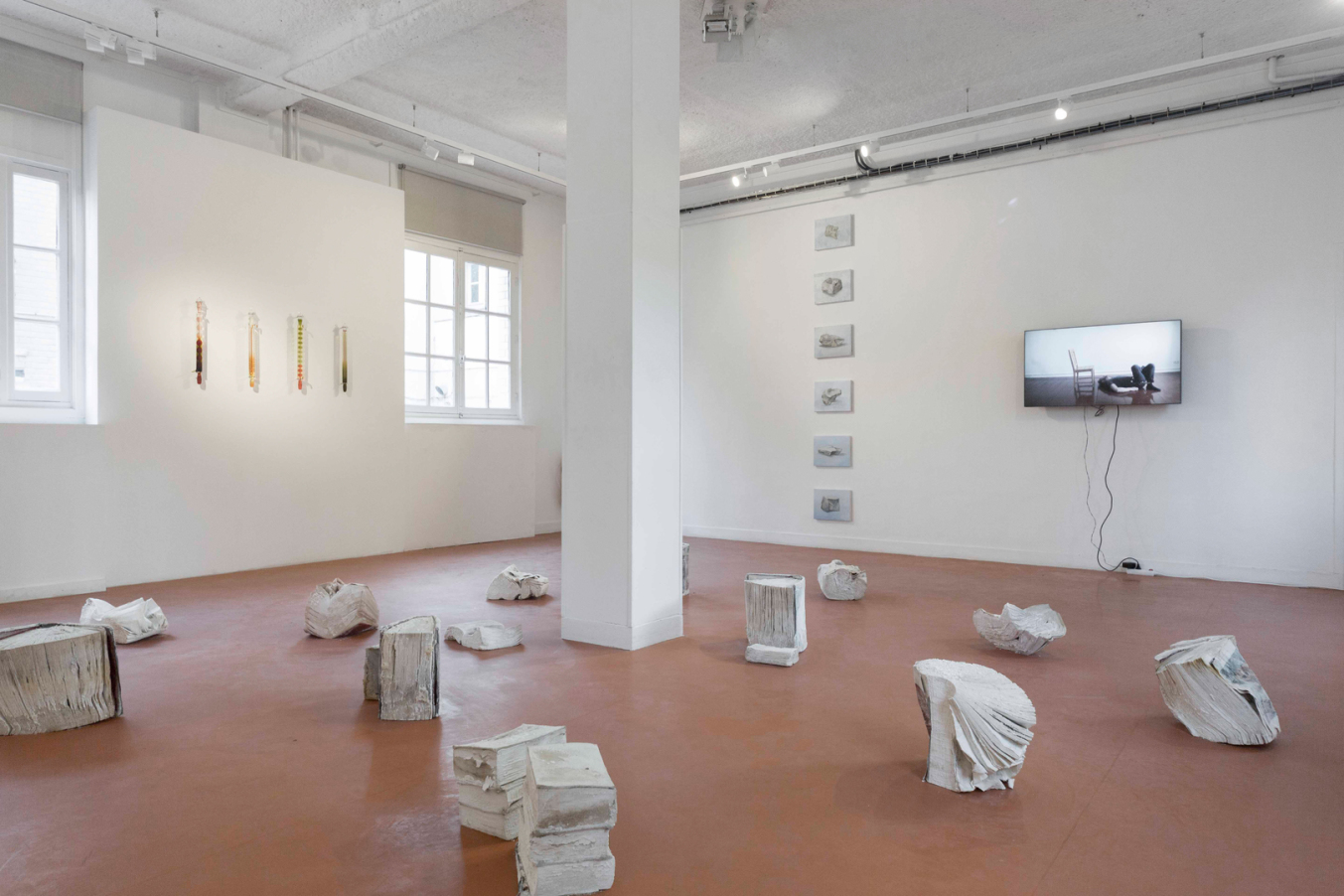 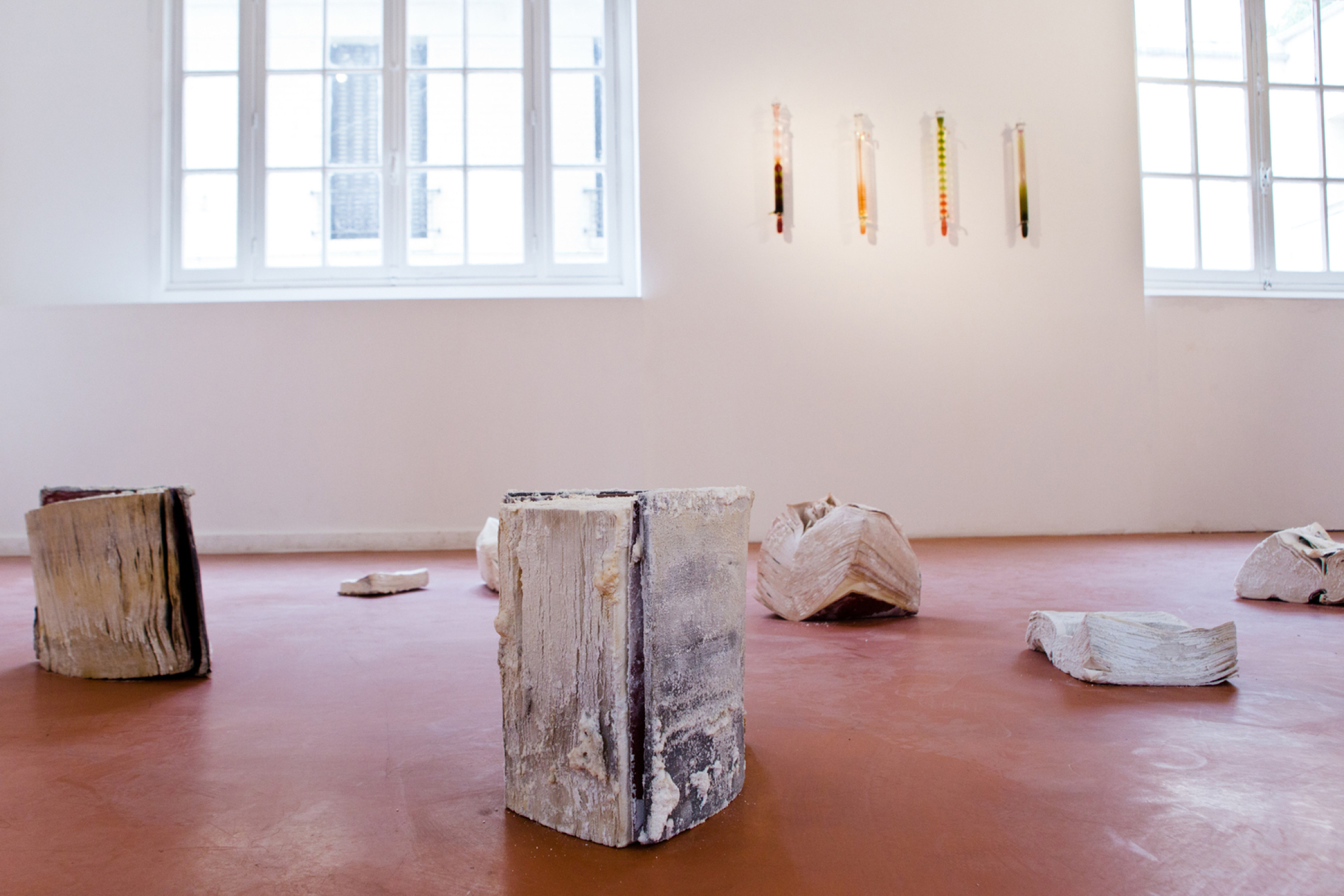 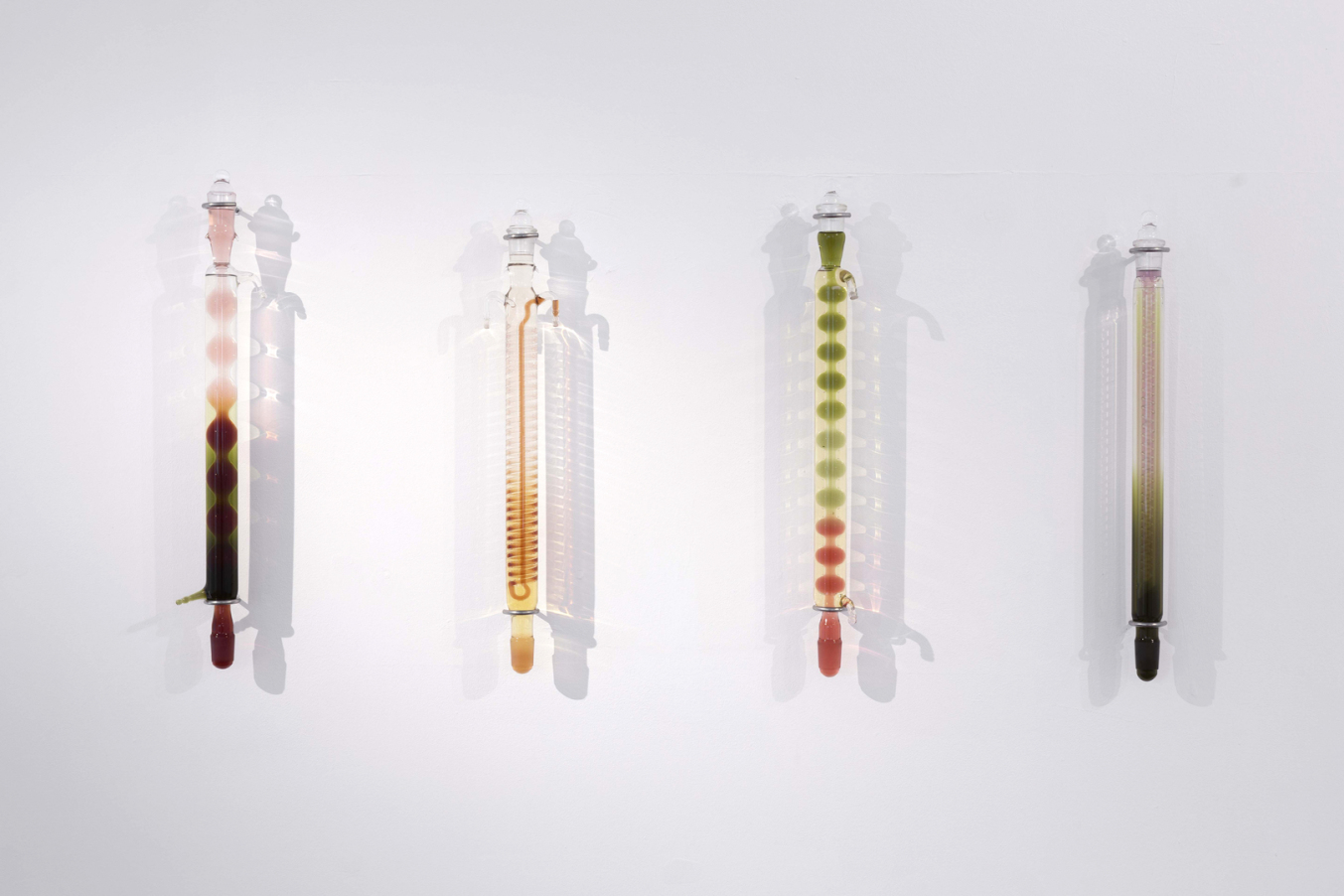 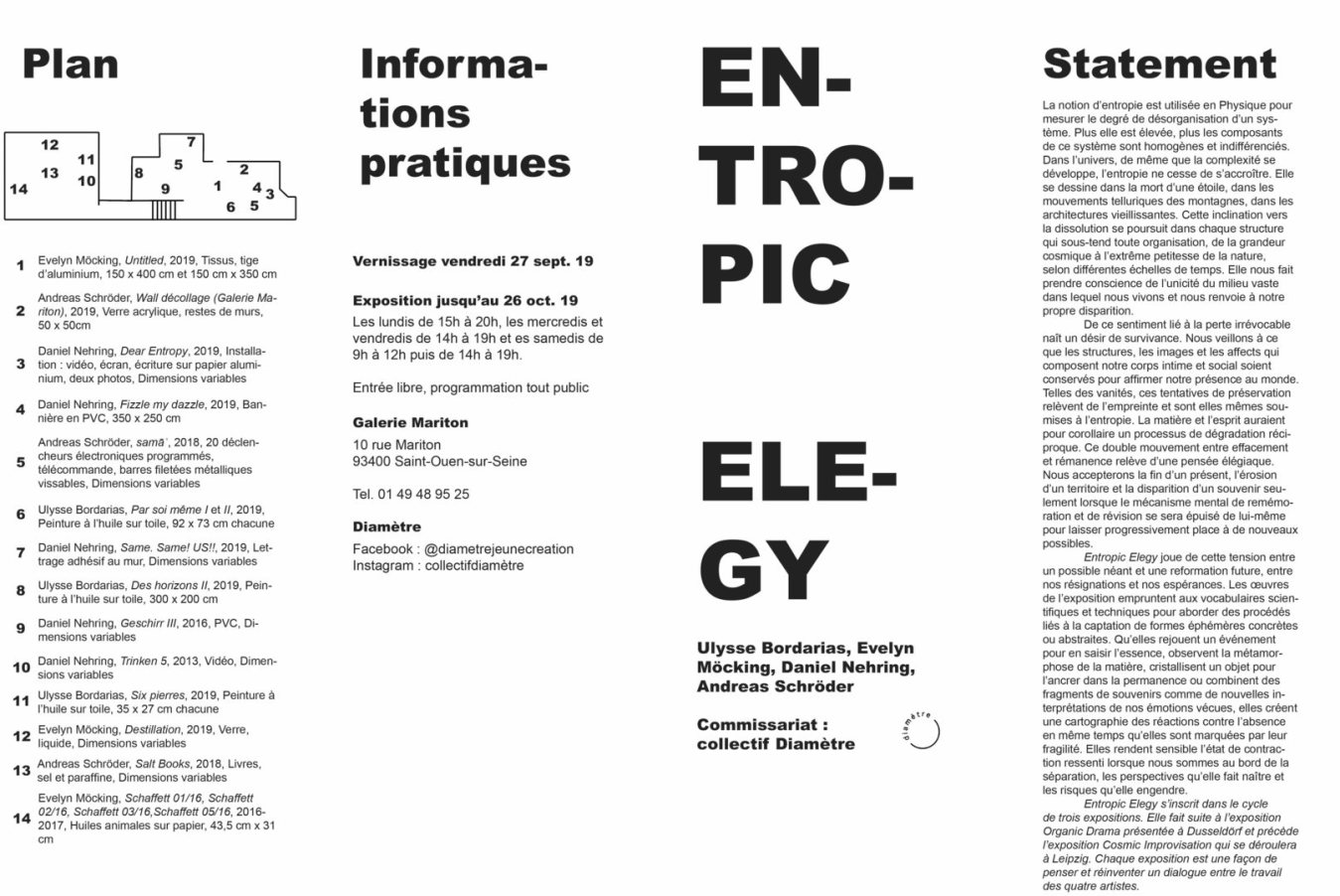 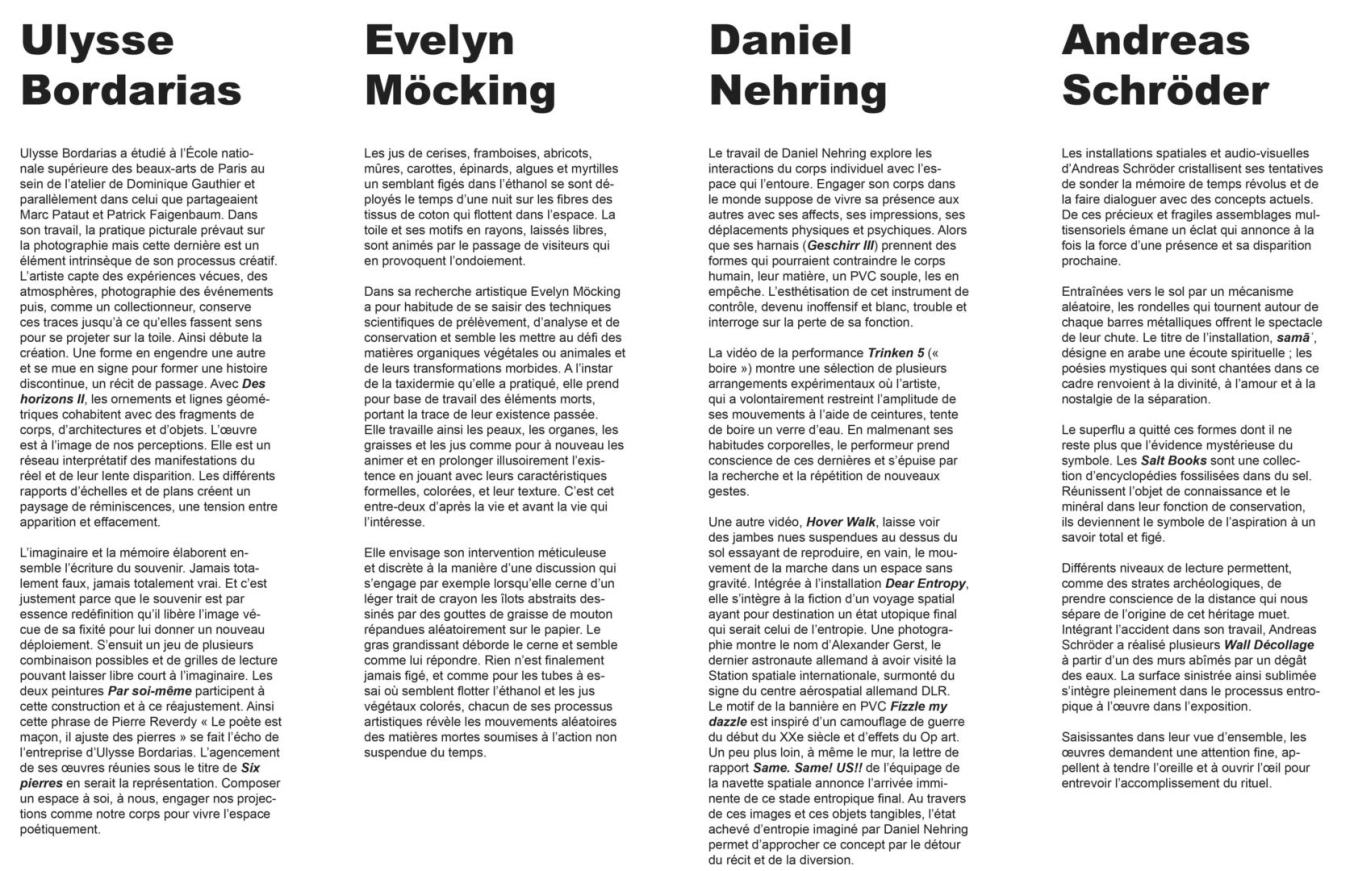 The notion of entropy is used in physics to measure the level of disorganisation of a system. The higher it is, the most homogenous and indifferenciate are its composants. In the universe, as complexity develops, entropy rises. It emerges in the death of a star, in the telluric movements of mountains, in old architecture. This inclination towards dissolution exists in each structure behind every organisation, from cosmic greatness to extreme smallness of nature, on various scales of time. It makes us aware of the unicity of the vast environment we live in, and reminds us that we are also meant to disappear.

From this feeling of irrevocable loss rises a desire for survival. The structures, the images and affections that compose our intimate and social body need to be preserved to assert our presence in the world. As vanitas, these attempts of preservation are like footprints, and are, themselves, submitted to entropy. It seems that the matter and the spirit would create, as a byproduct, a mutual degradation process. This double movement between erasing and remanence falls under elegiac thinking. We will accept the end of the present, the erosion of territories, a memory disappearing, only when the mental mechanism of recalling and revision will be exhausted, leaving room for new possibilities to appear progressively.

Entropic Elegy plays with this tension between possible void and future reformation, between our resignations and our hopes. The works shown in this exhibition borrow from scientific and technical vocabulary to deal with processes that capture ephemeral, concrete or abstract forms. Whether they replay an event to grasp the essence of it, observe the metamorphosis

of matter, cristallise an object to ensure its permanence, or combine memory fragments as new interpretations of our emotions, they create a cartography of reactions against absence, while characterizing themselves by their fragility. They shine a light on the state of contraction that we feel when we stand on the verge of separation, the perspectives it brings and the risks inherent to it. (Text: collective Diamètre)

Entropic Elegy is part of a cycle of three exhibitions led by Ulysse Bordarias, Evelyn Möcking, Daniel Nehring and Andreas Schröder. It follows the exhibition Organic Drama presented in Düsseldorf and precedes another, Cosmic Improvisation, that will happen in Leipzig. Each exhibition is a way of thinking and reinventing a dialog between the works of four artists around a common theme.

The collective Diamètre has been invited to be part of the curative process of Entropic Elegy.